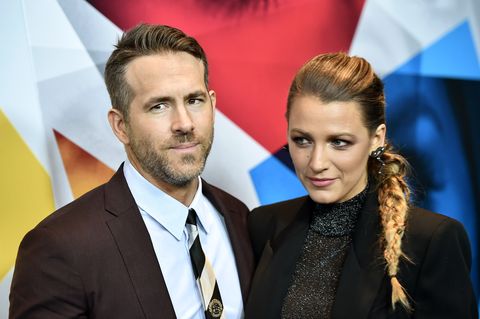 Today show hosts Hoda Kotb and Craig Melvin tried to get Ryan Reynolds to reveal on air what he and Blake Lively named their third daughter. It was a good attempt, but given that Reynolds wouldn’t even readily give out his first daughter’s name for months, he wasn’t about to make it easy with baby #3, four years later.

The hosts asked how they came up with the name. Reynolds joked back, “We haven’t yet! We’re gonna be original, and all the letters in her name are silent. I want to give her something to push against in life.”

Melvin quipped back, “She’ll be known as anonymous.”

He did more seriously acknowledge that it’s progressively harder to leave his little girls as they get older. “For me—this is obviously infinitely relatable ’cause so many people have children—obviously, leaving the house is getting harder and harder,” he said. “Going to Brazil, that kind of thing, that gets a lot harder when they ask, ‘Where are you going? When are you coming home? Why are you leaving me?'”

Reynolds and Lively have two other daughters: James, who is four, and Inez, who is three. Reynolds subtly confirmed the couple had a third daughter on Twitter back in October. He shared a photo of him and Lively with her while encouraging his fellow Canadians to vote in the country’s election.

“I love B.C.,” he wrote. “I want my daughters to experience the same natural playground I grew up in. On Oct. 21, the candidate you vote for will SHAPE CLIMATE POLICY. I’m proud of the climate progress made the last 4 years. Click http://Elections.ca for voting info. #Capilano.”

Alyssa Bailey is the news and strategy editor at ELLE.com, where she oversees coverage of celebrities and royals (particularly Meghan Markle and Kate Middleton).

All About Drew Taggart, Selena…

All About Tom Ackerley, Margot…