I was about six-years-old the first time I remember hearing a woman referred to as “queer.” She was a volunteer at my hometown community rec center and had spiky red hair with frosted tips (it was the 90s, leave her alone).

I remember watching her build a platform for our town’s upcoming Haunted House. I couldn’t believe how confident she was with cuffed jeans, a fitted flannel, and pristine combat boots.

You see, I had “come out” the year prior after getting in trouble with another girl for kissing under the slide on the playground, and didn’t fully understand what any of it meant.

I did, however, understand that when my mom whispered “don’t stare” at the rec center employee when her partner brought her coffee, that queerness was something that could be visible.

I wanted to look like her because I knew deep down that I was like her. But, as a cherub bellied youngster with hair down to the middle of my back, I wasn’t sure if I was allowed to do so.

As I got older and my understanding of sexuality became more apparent, my insecurities began to grow.

I’d watch Ellen DeGeneres wear suit jackets I knew would never look right on my frame. My mother introduced me to queer icons like Freddie Mercury and Grace Jones.

I kept looking at their slender figures and realizing very quickly that the aesthetics that I had been conditioned to think were mandatory, were figures that would never fit on my own body.

My fatness is a direct correlation to the difficulty I felt fully embracing my queerness.

When the entire world was delivering social messaging telling me that I was “ugly, unhealthy, unattractive.”

And a myriad of other painful untrue correlations, it was difficult for me to accept that I was worthy of love at all. Let alone by another woman who was also being fed these very same messages.

The overwhelming focus (and therefore representation) of queer folx in the public eye is traditionally slender and playing with gender roles.

It’s important to note that there is absolutely nothing wrong with being slender or gender non-conforming.

But, when the only visibility is putting a specific look or “type” as the gold standard, anything that doesn’t look exactly like it is deemed invalid.

On that same note, it’s important to note that there is no one way to look or be queer.

However, analyzing the different ways in which gender expression can offer privilege or disadvantage is enough to constitute its own book. This will therefore not be the focus of this piece.

Between cis men wearing makeup or the old stereotype of Birkenstock sandals serving as go-to social advertisements of queerness, it would be foolish not to acknowledge that for many people, gender identity/sexuality and expressions through fashion are strongly linked.

Sometimes, we have to hide the way we would like to appear as a safety precaution. And it’s important to recognize that this is a restriction that impacts all marginalized folx.

However, I’m about to let you in on the big secret on how to thrive as a fashionable queer even while fat.

You think you can handle it?

The trick to being a fashionable fat queer is to wear whatever the hell you want.

If this sort of fashion is what you gravitate toward, live as loudly as a neon patterned button up crop top.

BUT! If you prefer a more subdued look that doesn’t demand that you be the center of attention, that’s perfectly fine too!

If you want to wear makeup with a face as beat as any Instagram influencer, it is your right. Just as it is to never put any sort of product on your face at all.

Wear what makes you feel the most you!

Do this, regardless of what any sort of social messaging tells you you’re supposed to wear.

There are no uniforms for queerness or fatness. 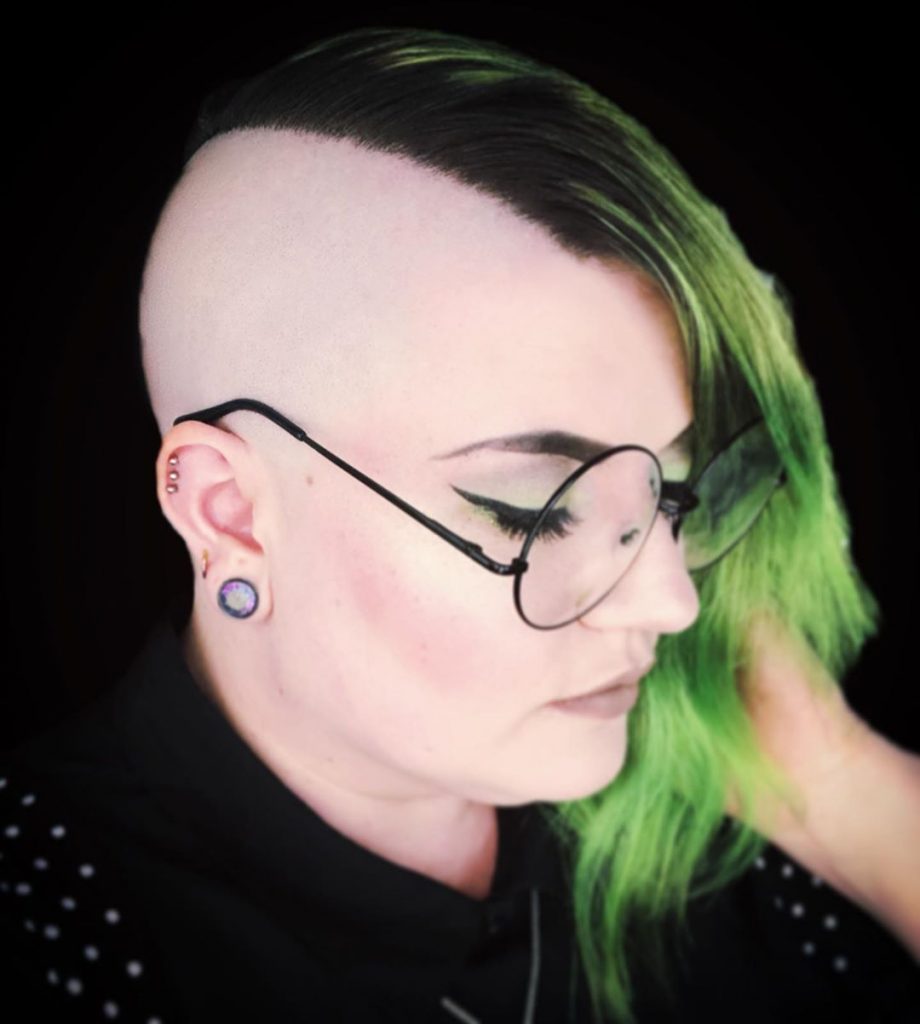 Despite what the media has been telling us for years, there is no mandatory personality or behavior for queerness or fatness.

Our bodies and the ways that we love may be extremely important aspects of our identity. However, it’s just a few pieces of the whole of our being.