Procell is fluent in Polo Jeans, Tommy Jeans, DKNY, “and all of these other brands that had maybe three to four different diffusion lines,” in particular “low-tier urban mall store brands.” Because of the influence of music and street fashion that went into these collections, these designs “were really, really, incredibly, very, very progressive.” I asked if he was talking about major fashion brands—in the winter of 2015, for example, I bought at Procell’s store a Fendi-logo print maxi acrylic knit dress with a matching beanie, and thought in passing how cool it would be if Fendi started making pieces like that. About two years later, they did.

“I’m talking about LVMH brands,” Procell says, referring to the French conglomerate that owns brands including Louis Vuitton, Dior, Celine, Fendi, and Marc Jacobs. He couldn’t get more specific about his clients, but, “What I can say with the utmost confidence is that we’ve worked with everybody we ever thought we would want to have worked with, or we thought would be the apex, or the ultimate goal.”

In other words, brands are integrating into their current offerings pieces they may have looked down on only a decade or so ago, having seen them celebrated at Procell’s store or on Instagram. “A lot of these brands are kind of going through their golden era, literally because they are crowdsourcing Instagram,” he says. Procell, of course, has a finely tuned eye, an instinct for what’s really cool versus merely hyped, and an intuitive sense for street fashion that an Instagram account can’t compete with, but he laughs a little and says, “In a way, I wish Instagram never fucking was invented.” He continues, “What’s happening is there’s all these pieces that could be incredible reference tools that fall to the wrong dealer, and because of the hype, maybe [they] get bought by the wrong customer, and maybe are never seen again.” He and his team—which includes his partner, Jessica Gonsalves, whom he refers to as his Robert Duffy, referencing Marc Jacobs’s longtime former CEO—have to be calculated about their own Instagram as a result, because “we understand that that has a crazy effect on the market.”

New York fashion Week suffers from the ongoing insecurity that all the energy is in Paris. But this new era of vintage sales and consulting means that New York is actually steering much of the direction of the fashion world, even if Europe remains the mecca from which runway trends apparently emanate. Huge fashion companies are looking to his archive and James Veloria’s to figure out what to do next. Both prepare their stores carefully for fashion weeks, when European press, editors, and other fashion industry people will visit the store to shop and get ideas. What hits the runway is “supposed to be progressive, because it’s the first introduction into the market,” Procell says. But “[New York streets] made it valid for the runway, which later, will make it valid for the mass market.” Procell and his team would “gladly” say they see pieces on the runway for which their archive “might have been the first introduction of some of these styles or silhouettes.” He names the diffusion lines created by Girbaud in Italy in the early 2000s, as well as Calvin Klein’s CK Jeans diffusions, and Marc Ecko’s obscure diffusion line Ecko Function, as examples of what might be bubbling up next. (He added, “There are other things that are next level, but in a way, that’s almost, at this point, relevant.” Chilling!)

Like Giordano and Weber, Procell is also skilled at recontextualizing a brand, doing the kind of studious work that an advertising campaign or big publicity push could only hope to achieve. Procell is staging a pop-up of vintage selects by Marc Jacobs that opens Thursday, “celebrating some of his really, really interesting archival moments from our lens.” (Coincidentally, Jacobs had to use vintage dealers and Ebay to track down his original Perry Ellis grunge collection when he re-released the collection last fall.) He adds, “We want to show that this guy is so multidimensional and versatile. Basically, what you are wearing right now or what you see at a party, Marc has done that too.”

The Best Jeans You Can…

The Best Chemical Exfoliants You… 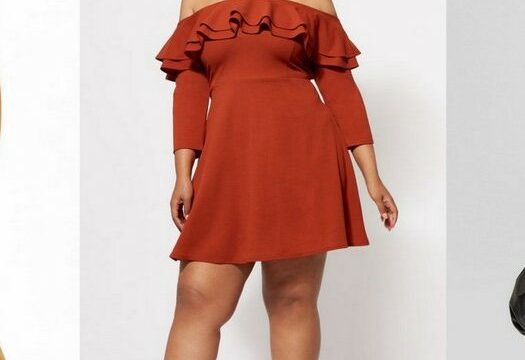 8 Brands to Shop for…

Check Out This Beautiful Art…

I Haven’t Worn Eyeshadow In…