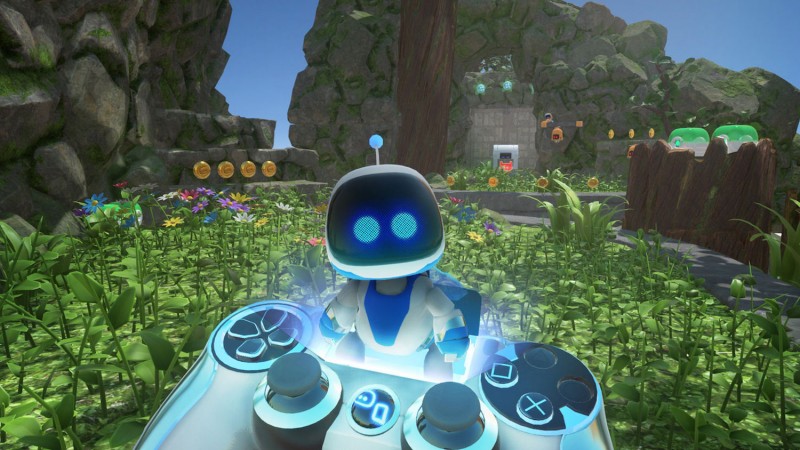 Astro Bot Rescue Mission puts the PlayStation 4’s DualShock 4 controller front-and-center of its action (along with the VR headset you’re wearing as you play it, of course). You use its motion sensor to launch ropes that help you navigate chasms, spurt water around to create platforms on magma, and more. Astro Bot developer Nicolas Doucet knows the DualShock 4 controller well, but he also knows a few other ways the controller could have looked.

During his GDC talk on the creation of Astro Bot, Doucet showed off a rare glimpse of a number of protoypes for the DualShock 4. 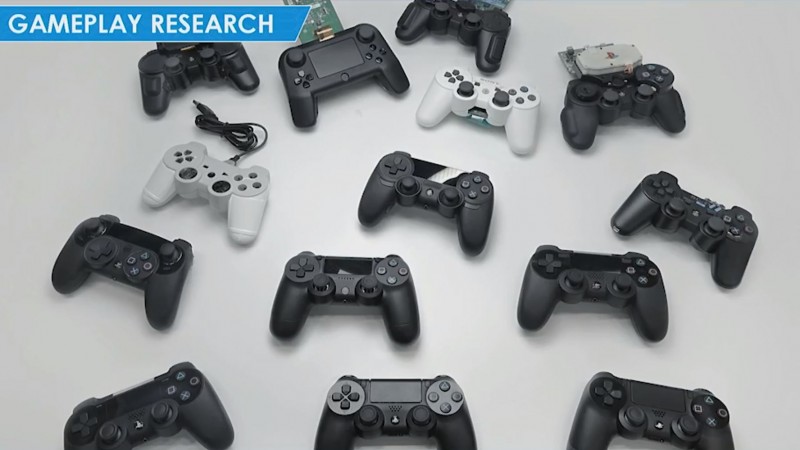 The controllers in the image all look somewhat similar, but there some key differences to highlight. Take a look at the one of the models near the top, for example, the one with the circuit board sticking out of it. Notice the size of the touchpad – it’s huge! It’s certainly more prominent then it is in the final version of the controller, which hints that Sony likely considered making it a much bigger part of the controller’s identity than it already is, certainly beyond relegating it to the equivalent of the Xbox One’s “back” button in most games (which is more or less what it is now).

A few prototypes are far more tame, however, as you can see more than a few versions of the controller that are more or less the DualShock 2 or 3 controller with a slight modification or two. A few of them also feature a different-sized bumps on the grips, which shows that at some point Sony was hoping to give the controller a bit more girth and comfort without actually expanding this size of the grip itself.

Then there’s the left-most controller near the center, which: No.

One final thing to point out is that although a couple of the prototypes feature a layout where both analog sticks are on top or the outer edges of the controller (as on the Wii U and its pro controller), not one protype shown in this image uses the Xbox’s asynchronous analog stick layout. So it doesn’t look like that was in ever in the cards for Sony’s controller.

With all this controller naval-gazing, we’d should also note that Doucet’s entire talk about the creation of Astro Bot, one of the best VR games out there and one of the best games of 2018 period, is itself worth a watch if you like getting behind-the-scenes looks at games.

For more on the development of Astro Bot, check out our interview with Doucet’s going over more aspects of the game’s creation below.