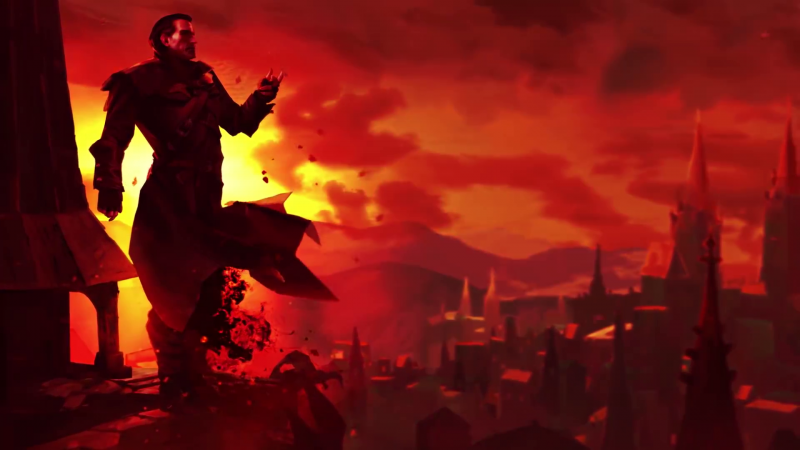 Gwent has had quite a path from its Witcher 3 minigame routes to now being a pretty core part of CD Projekt Red’s development resources, so it makes sense that expansions would be coming sooner or later. Today, we got our first look at one of those upcoming expansions, titled Crimson Curse, and it appears to be moderately vampire-themed.

“The Blood Moon is rising,” CD Projekt writes. “This is a time of the Crimson Curse, a time of madness and despair. A dark ritual performed by a mighty higher vampire Dettlaff turns the moon blood red, corrupting the land and its inhabitants. No one is safe and there’s nowhere to run — new breeds of monsters are awaking from their slumber, thirsting for blood. Will you join Dettlaff in his quest for revenge and destruction or choose to fight back and protect the innocents?”

As a general rule I feel like you probably shouldn’t side with the time of madness and despair, but I’m not going to tell you how to Gwent.

The expansion will boast over 100 new cards, which include 14 cards per faction and 31 neutral cards. The Crimson Curse website already has a few cards ready to show off and will presumably be updating them as time goes on. The expansion releases in just a few weeks on PlayStation 4, Xbox One, and PC on March 28.