Latest News
Home /10 Minutes with the Creator of Twelve Minutes

Recently, the team at Xbox Wire France had a chance to sit down with Twelve Minutes Creator Luis Antonio. Now on the eve of the game’s release for Xbox One, Xbox Series X|S, and PC with Xbox Game Pass on August 19, Antonio shared details on the influences of the game, why this medium is perfect for the story he wanted to tell, and how he hopes this game may attract and be accessible for people who don’t normally play games.

Q: How would you describe Twelve Minutes to somebody who has never heard of it?
A: Twelve Minutes is an interactive thriller about a man trapped in a time loop, A bit like the movie “Groundhog Day” or “Edge of Tomorrow.”

The premise is that you come home from work and are having an evening with your wife, then a cop shows up at the door and accuses your wife of murdering her father years ago. You try to intervene only to get knocked out and suddenly waking up back at the start of the evening.

From there, you must use the knowledge of what you know is going to happen to try to change the outcome and break the loop.

Q: What are the influences behind the game?
A: On the game side of things, one of the main inspirations is the classic point-and-click genre pioneered by the likes of Ron Gilbert and Tim Schafer with games like Monkey Island or Day of the Tentacle. They allow you in this rich variety of interactions while keeping the narrative relatively open. Others are old-school classic platformers with a strong aspect to the storytelling, like Jordan Mechner’s Prince of Persia or Another World by Eric Chai, where they managed to create this sort of cinematic blend between gameplay and storytelling.

On the side of movies, I was inspired by how some directors can use all the tools at their disposal to tell a story, from the camera, set design, lighting, music, etc. A good example would be Hitchcock, in “Rear Window,” and how he framed the whole experience from the balcony, forcing you to interpret what is happening from the same point of view as the protagonist. Another one would be Christoper Nolan in “Memento”changing the timeline in which we see the story to convey the main character’s memory problems.

Q: Your story could have been told with a movie for instance, why did you choose the game medium to bring it to life, how is it different from other media?
A: I’m not sure of that. This was designed to be experienced and for you to be an active participant, after all, it’s an interactive medium. There is a constant dialogue between the player and the experience you’re going through. You are given these sets of verbs and you use them to express yourself, and this simulation changes based on how you play.

In a film or a book, the timeline of events is always going to be the same, you are unraveling the information in your head, but you can’t change any of it based on what is happening.

Q: The time loop is always tricky to handle, what does it imply for you in terms of storytelling?
A: I personally found it more liberating especially considering the medium I’m working on.

Games by nature are time loops – every time you make something the game considers a ‘mistake’ or incorrect, you are usually sent back to the start of the level and must repeat it.

And here that can be naturally incorporated as part of the narrative. The way games penalize you for your mistakes ends up being as valid as what is usually seen as a progression, you’re accumulating knowledge that will help you later. The repetition element becomes in a way liberating and reinforces the aspect of experimentation and being rewarded to do so.

Q: You said that you wanted to attract people who do not usually play video games, how do you do that? Do you also want to appeal to core gamers and if so, is it difficult to make a game targeting multiple audiences?
A: I think targeting non-gamers does not affect the appeal of the title to core gamers in any way.

The goal was to make something that is accessible in the way you interact with it but without compromising the experience, puzzles, or gameplay.

Everything you expect in terms of challenges and complexity is still there, but just more accessible, removing struggles like dealing with a first-person camera or having a complex set of controls to interact with the game environment.

Q: Why did you choose the top-down view for the game? How do you manage to convey emotions through this perspective?
A: At the start, the top-down was used because it was easier for me to design the game since I was learning to program at the same time. Only 2-axis for movement and no need to figure out camera controls.

As the game developed, I never found a reason to change the camera angle. It makes it easier to navigate, I don’t have to deal with detailed facial expressions that consume a lot of development time, and the tech isn’t quite there yet especially for narrative-heavy games.

Eventually, it became a signature for this title. You can tell immediately when a screenshot is from Twelve Minutes. On top of that, it fits with the themes I’m going for, creating a claustrophobic and voyeuristic perception of the events as you play the game.

As for the emotional aspect of it, we realized that by only having body movement and voice acting, you end up imagining how they must be feeling as they interact, making the whole thing more personal.

Q: The voiceover is done by a star-studded cast, was that important in your opinion?
A: The gameplay works without voice acting, but the premise revolves around you caring about what happens to these characters, shaping what you decide to do. We also wanted to bridge the gap between film and games, in the sense that this is an interactive thriller, and the narrative is not just a cutscene but tightly weaved into what you are doing. So having this amazingly talented cast helped us get closer to both these goals and elevate the material at the same time.

Q: What do you think about Xbox Game Pass as a gamer and as a developer?
A: As a consumer, services like Netflix or Spotify are kind of the way to go. It makes it easier to choose what you want to consume and try things you otherwise wouldn’t.

And Xbox Game Pass is the same way, you can browse such a varied catalog and risk leaving your comfort zone and hopefully find some gems you would have missed otherwise. As a developer, I’m glad that we have this larger audience that will be able to experience the game.

Q: How excited are you to have fans finally experience Twelve Minutes when it launches on August 19?
A: I’m very excited. It’s been a long road but we’re finally here. The journey has been a lot of fun and I love developing games, but they are meant to be played and that is finally happening!

Twelve Minutes will be available Thursday, August 19 for Xbox One, Xbox Series X|S, PC, and with Xbox Game Pass. 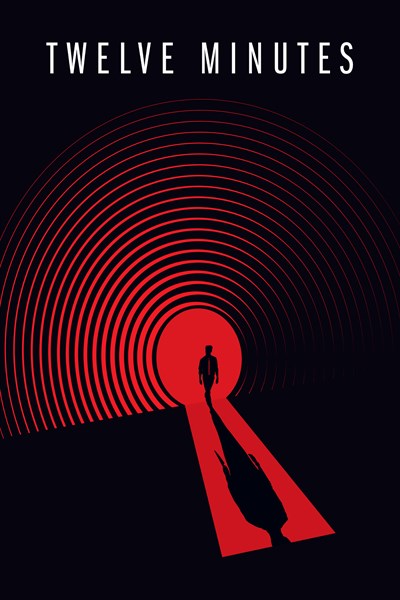 What should be a romantic evening with your wife turns into a nightmare when a police detective breaks into your home, accuses your wife of murder and beats you to death…

Only for you to find yourself immediately returned to the exact moment you opened the front door, stuck in a TWELVE-MINUTE time loop, doomed to relive the same terror again and again…

Unless you can find a way to use the knowledge of what’s coming to change the outcome and break the loop.

TWELVE MINUTES blends the dream-like tension of THE SHINING with the claustrophobia of REAR WINDOW and the fragmented structure of MEMENTO.