Biological diversity is absolutely essential for proper development of the ecosystem on our planet. However, one extra species can irrevocably tilt the fragile balance. In this case, the dominant life form has to take care of the situation. My.Games are glad to present the season Swarm, a new chapter in the Warface story.

Do you enjoy the atmosphere of classic horror films of the ’80s? Then you will definitely love the new adventure. Winding passages will lead you to the pitch darkness that reigns in mysterious laboratories and damp tunnels of a grim underground bunker. This latest update also brings a brand new Swarm-inspired PvP map, and a themed Battle Pass: Season 11!

A ship of Martian colonists crashed in the Death Valley. Blackwood were quick to react by erecting a military base on the site. However, they did not manage to fully control the horror that crept and built up under the surface of the Earth. Strange creatures broke free and now pose danger to all living beings. To eliminate the threat to the civilian population, one of the best Warface units “Sigma-3” is deployed to the region.

The “Swarm” raid will become a nightmare that you will have to live in reality! This new page in the Warface story offers lots of unique gameplay features, including blood-chilling ambience, dangerous new enemies, and a flamethrower to fight predatory creatures protected by solid chitinous carapace. Fight together with your team, and arm yourself with a devastating arsenal of weapons coated with chitin and poisonous saliva of bloodthirsty arachnids to save humanity from extinction!

Players who enjoyed the Warface’s limited-time progression events can look forward to another opportunity to smash challenges and earn amazing equipment. Battle Pass: Season 11 is launching alongside the Swarm season, and it’s packed with another round of exclusive weapons and gear!

On the new team deathmatch map, you can feel the atmosphere of gloomy tunnels that Blackwood transformed into a research base. Watch out: dangerous opponents can be right behind your back. The location provides a highly intensive combat at close and long ranges. The team deathmatch kicks off inside the tunnel behind its gate. The defense team starts the battle in the dead end of a railway tunnel, while the attacking team begins the combat on the opposite side of the map, behind a truck.

Will you manage to deal with pestilent insects or will the hive turn out too powerful to destroy? Summon all your courage, and get ready to burn the bugs out. The Swarm season is now available in Warface! 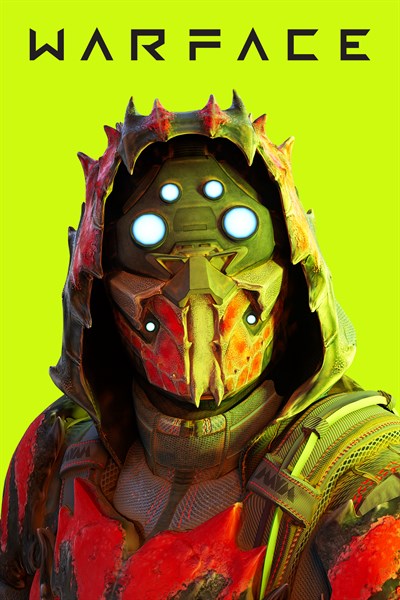 Solve a mysterious case in a deserted town in the state of Nevada and face pitch darkness of laboratories and a bone-chilling underground bunker in the “Swarm” season. Warface is a contemporary first person shooter with millions of fans around the world. Five unique classes with special skills, teamwork, exciting PVE missions and raids, various PVP modes, hundreds of realistic weapons, attachments, equipment and camo items. Play for free! PVP. A range of modes with dozens of maps – from time proven classics to fresh experiments as well as the elaborated system of ranked matches await its heroes! PVE. Play with your friends in short exciting PVE missions or try yourselves in full-scale raids with several difficulty levels. Teamwork. Five classes with unique skills. Assault the defenses of your enemies with a heavy machinegun, revive your teammates, mine the corridors, take down the foes with precise shots or tank the enemy’s counter-attack – here you decide how to act! Plenty of rewards and trophies. Hundreds of achievements with fun and challenging conditions of obtaining. Can you collect them all?