The world of Destiny 2 continues to evolve. With that evolution comes new stories, characters, and adventures. Ahead of the launch of Destiny 2: Beyond Light on November 10, we’re excited to invite Xbox Game Pass members to experience the critically acclaimed expansions Forsaken and Shadowkeep today on Xbox One.

In these two groundbreaking Destiny 2 expansions, players will embark on a journey to uncover the mysteries in the Dreaming City and confront the evil that has stirred on the Moon. As a Guardian, your code calls you to defend the last of humanity and stand against the darkness wherever it is found.

Now’s the perfect time to uncover what really happened to Cayde-6 and what dark power Eris Morn has awoken. Jump in and get warmed up before it’s time to visit Europa and cool off in Beyond Light.

In a high-stakes prison escape, Uldren and his eight Barons took out legendary Hunter, Cayde-6, and unleashed chaos across the Reef. Take justice into your own hands as you venture into a new frontier filled with enemies, allies, untold mysteries, and treasures waiting to be uncovered.

As the heroes of the last safe city turn their attention to the far-reaching frontiers of our galaxy, new Nightmares have emerged from an ancient evil that once slumbered beneath the Lunar surface. Awakened by the curiosity of Eris Morn, this evil poses a sinister threat far beyond her understanding.

The frontier of Europa holds many lost secrets from the past, including the dark power of Stasis. Work with the mysterious Exo Stranger to harness this new power before Eramis, the Kell of Darkness, bestows it on her Fallen forces. Grow your arsenal, command Stasis, and go beyond the Light.

Destiny 2: Beyond Light is available for pre-order now and will launch day and date with Xbox Game Pass on November 10.

Destiny 2 will support cross-gen crossplay so your fireteam stays together, regardless of whether you play on Xbox One or Xbox Series X. With Smart Delivery, everything you already own in Destiny 2 will come with you to Xbox Series X free of charge.

For more on Destiny 2: Beyond Light, check out Bungie.net! Note: Destiny 2 expansions included with Xbox Game Pass do not come with Season Passes. Unlock access to the currently active Season in-game for 1000 Silver. 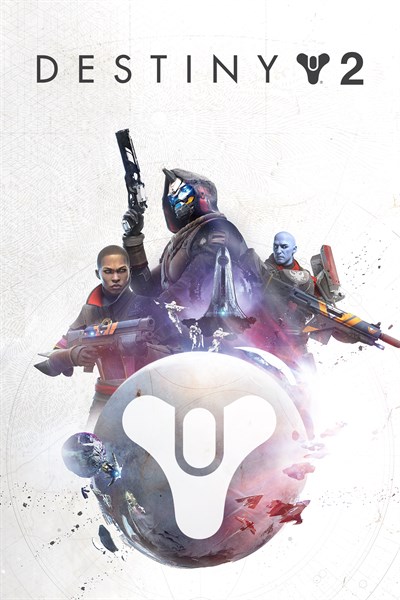 Dive into the world of Destiny 2 to explore the mysteries of the solar system and experience responsive first-person shooter combat. Unlock powerful elemental abilities and collect unique gear to customize your Guardian’s look and playstyle. Enjoy Destiny 2’s cinematic story, challenging co-op missions, and a variety of PvP modes alone or with friends. Download for free today and write your legend in the stars.

AN IMMERSIVE STORY
You are a Guardian, defender of the Last City of humanity in a solar system under siege by infamous villains. Look to the stars and stand against the darkness. Your legend begins now.

GUARDIAN CLASSES
Choose from the armored Titan, mystic Warlock, or swift Hunter.
• Disciplined and proud, Titans are capable of both aggressive assaults and stalwart defenses. Set your hammer ablaze, crack the sky with lightning, and go toe-to-toe with any opponent. Your team will stand tall behind the strength of your shield.
• Warlocks weaponize the mysteries of the universe to sustain themselves and destroy their foes. Rain devastation on the battlefield and clear hordes of enemies in the blink of an eye. Those who stand with you will know the true power of the Light.
• Agile and daring, Hunters are quick on their feet and quicker on the draw. Fan the hammer of your golden gun, flow through enemies like the wind, or strike from the darkness. Find the enemy, take aim, and end the fight before it starts.

COOPERATIVE AND COMPETITIVE MULTIPLAYER
Play with or against your friends and other Guardians in various PvE and PvP game modes.
• Exciting co-op adventures teeming await with rare and powerful rewards. Dive into the story with missions, quests, and patrols. Put together a small fireteam and secure the chest at the end of a quick Strike. Or test your team’s skill with countless hours of raid progression – the ultimate challenge for any fireteam. You decide where your legend begins.
• Face off against other players in fast-paced free-for-all skirmishes, team arenas, and PvE/PvP hybrid competitions. Mark special competitions like Iron Banner on your calendar and collect limited-time rewards before they’re gone. Then, when you’re ready, enter Trials of Osiris, where the only thing between you and glory are the best players in the world.

EXOTIC WEAPONS AND ARMOR
Thousands of weapons, millions of options. Discover new gear combinations and define your own personal style. The hunt for the perfect arsenal begins.

Bungie, Inc. makes no guarantee regarding the availability of online play or features and may modify or discontinue online services with reasonable notice at any time. Using the software constitutes acceptance of the Destiny Software License Agreement available at www.bungie.net/sla.

© 2019 Bungie, Inc. All rights reserved. Destiny, the Destiny Logo, Bungie and the Bungie Logo are trademarks of Bungie, Inc. Published and distributed by Bungie, Inc.