Latest News
Home /Minoria, the spiritual sequel to Momodora, out on PS4 tomorrow

Hello everyone! We are pleased to be bringing Minoria, the latest creation from the Momodora development team, to PS4 on September 10! Minoria is a side-scrolling action game with a heavy focus on combat and exploration, similar in style to the games of Bombservice’s flagship series, Momodora. Minoria, however, takes the visual presentation to a new HD level with hand-painted backgrounds and cel-shaded characters. Like Momodora, players will have to master the ins and outs of combos, parrying, dodge rolls and magic attacks to progress through the game.

In Minoria, you play as Sister Semilla, a young nun atoning for her family’s sins through clerical work in the midst of a war against witchcraft that is ravaging the land of Ramezia. Nuns are sent to the forefront of the battlefield against heretical people that are labeled Witches. Semilla is joined by Sister Fran, a support acolyte, and together they must face the threat of witchcraft and fulfil their role in the war against the heresy. Minoria features gameplay that more strongly resembles that of an action RPG — mechanics such as a levelling system, interchangeable equipment, casting magic and special attacks. One of the highlights of the gameplay is parrying and counter damage, encouraging careful approach to certain enemies. Boss fights range from exciting battles with full screen monsters to technical one-on-one battles with Witches.

For anyone unfamiliar with Bombservice’s work, the studio has created a series of 2D side-scrolling action games called Momodora, which focus more on combat and exploration than platforming challenges. Since 2010, they have created four Momodora titles, and while Minoria is not technically a part of that series, it carries the same DNA in its design and core ideas. The lead developer at Bombservice, rdein, shared some thoughts on the creative evolution of the games.

“After the release of Momodora: Reverie Under the Moonlight, we were elated with the feedback. It was flooring and immediately got me into planning a new game. Those who have been playing Momodora since the beginning know that each follow up game is always a bit different from its predecessor — I try to bring something new to the table each time. However, the follow up from Momodora: Reverie Under the Moonlight was quite a challenge, and we spent basically one year and a half working on several prototypes that weren’t satisfying to us. 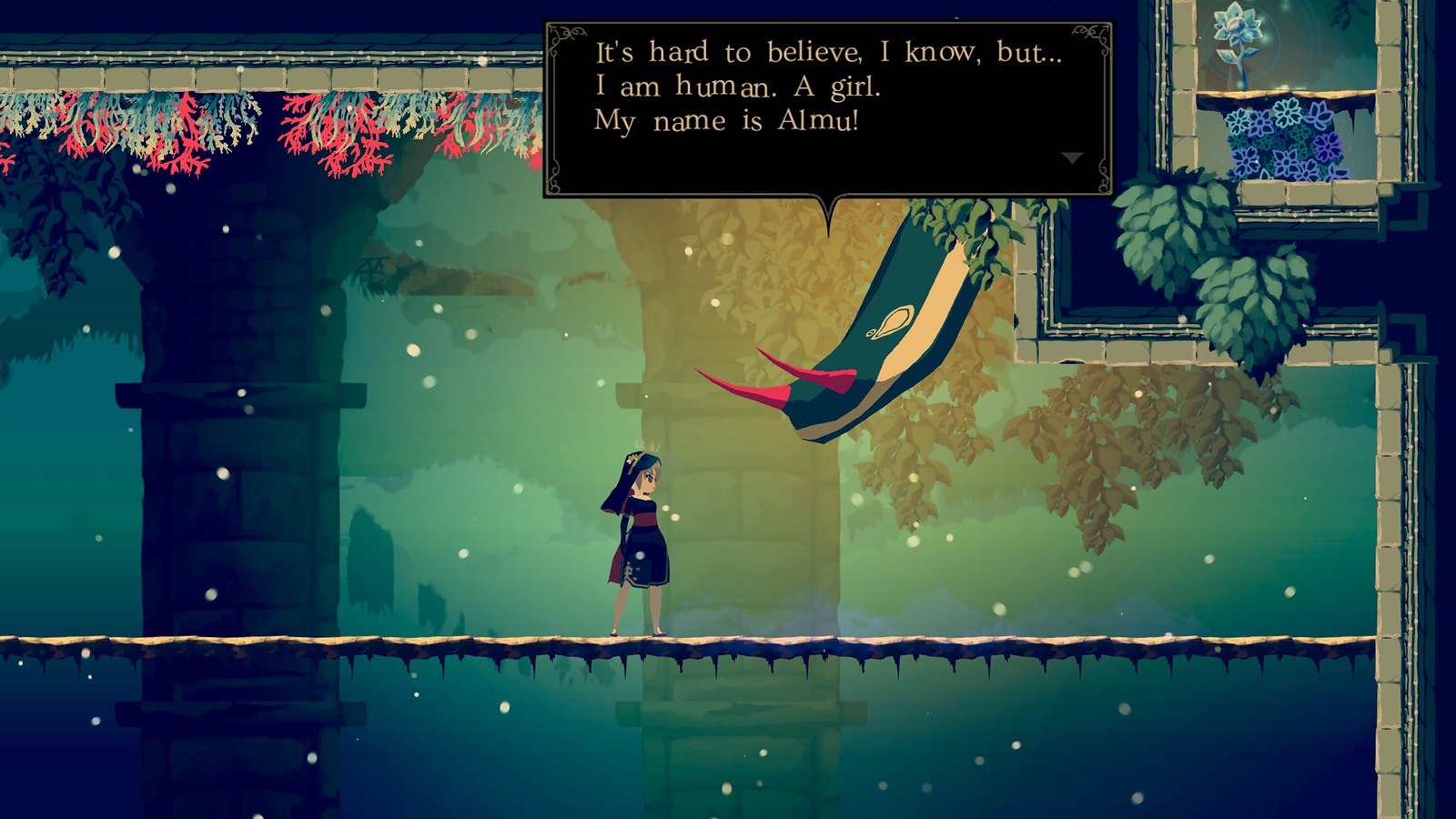 I needed to seek inspiration from somewhere else or try something completely different. I had been playing a tactical RPG and the dark religious aspects of that game put me in a different mindset. Momodora has always been about religion, priestesses, deities and such, but not in such a dark way. After visiting some cathedrals and churches and drafting some basic concepts, I came upon the idea of making the main character a nun or inquisitor. Incidentally, the boss character from Momodora RUTM, Pardoner Fennel, was also very popular with fans (or should I say… infamous), so in my mind it felt like I was designing a game where she was the playable character.

The start of working on something fresh was liberating. Minoria was not bound to the story and lore aspects of the Momodora series, so I had a blank page to fill. The decision to shift from 2D pixel art to 2.5D cel-shading was because I wanted to try something new and refreshing. We experimented with traditional 2D digital animation, but in the end, we landed on the idea of 3D models on a 2D plane. I’m a big fan of games with cel-shading so the style really appealed to me. However, it was not exactly an easy transition. Learning the new tools and new art workflow was a big challenge, as well as implementing a totally new engine. As much as possible, we wanted to make sure the work was satisfying and similar in spirit to the Momodora art style.”

Since Minoria’s original release on PC last year, Bombservice has enhanced many parts of the game according to player feedback, which will be present in the PS4 release.

We hope you enjoyed this insight into the creative thought process behind Minoria and its predecessors. Whether you are new to Bombservice’s legacy of action titles or a long time fan, we hope you’ll enjoy the chance to play Minoria on PS4 tomorrow!