Latest News
Home /Yakuza: Like a Dragon — Meet the heroes of tomorrow

Hi, everyone, I’m Masayoshi Yokoyama. I’ve been the writer, sound director, and worked on producing all the numbered Yakuza games in the series since the first Yakuza in 2005. From Yakuza 5 and on, I’ve also been the chief producer, including the upcoming Yakuza: Like a Dragon.

The world of the Yakuza series is driven by the strength of its characters and changing the protagonist has caused a shift in its very principles. Kazuma Kiryu was the kind of character who believed only in his own abilities, and he would often recklessly charge at his enemies. But when Ichiban Kasuga (Yakuza: Like a Dragon’s protagonist) is put into the same situation, there’s a dramatic difference.

Ichiban’s irrational, inefficient, and unproductive, though that might be something that’s a little more specifically identifiable to Japanese audiences. He is an “upright, old-fashioned yakuza” who operates solely on how he feels, his emotions, humanity, and love.

In some ways, he’s still similar to Kazuma Kiryu, but compared to Kiryu, who kept his cool (or at least tried to) no matter what, Ichiban Kasuga is more muddled and unflattering and pretty far from cool in what he says and does.

This is a somewhat Japanese concept, but there are many characters in this game who have this yakuza-like heroic concept of themselves “talking with their backs.” It means if one’s actions speak louder than their words, they don’t have to speak to set an example. However, Ichiban is the type of guy who prefers to face people and talk things out.

Ichiban is heroic and charismatic, but he’s not superhuman like Kiryu. He’s at the bottom of the pecking order in terms of both reputation and power in the underworld. So in order to portray Ichiban as a man who stands up to powerful forces, he needed some friends. Unlike Kiryu, Ichiban is a character who talks, laughs and plays a lot. His charisma is a total reversal of Kiryu’s, and that attracts people to him. Before he knows it, people who are initially drawn to him because they have the same intentions become his friends and his “party,” and together they’ll face powerful foes.

In order to express the changes that Ichiban Kasuga brings to the game, we needed to dramatically change the game system itself, from the combat to the mini games across the city. In other words, changing the protagonist from Kazuma Kiryu to Ichiban Kasuga meant immense changes in everything about the game from the ground up.

This change in protagonist was a huge opportunity for the development team, who have been working on this series for 15 years and 13 games, to lead us into completely new territory.

Masumi Arakawa is a man at the mercy of the times. He treasures the traditions preserved by Japanese yakuza society since ancient times that bond a patriarch to men abandoned by their families. Masumi Arakawa becomes a yakuza himself under similar circumstances, after being forced to part with his blood relatives.

As a result, Arakawa treats his yakuza family like they are real sons to him, but that is complicated by his relationship with his unexpected real son, Masato. What does it mean to be blood? What does it mean to be family? How far can one trust people? This character was created to convey these ultimate questions.  In my mind, Masumi Arakawa is the “other” protagonist of this game, and the story actually opens with him.

When I drew up the party, the concept was to create characters who would be a natural fit with Ichiban Kasuga and the setting of Yokohama.

She is charming, but she is also very easygoing and quick to change her mind. Maybe she would have lived a similar life as Ichiban if she had grown up in the same situation as him. I think of her as a mirror reflection of him.

What she has in common with Ichiban is that she’s kind of nosy. She can’t leave her friends in trouble, and she can’t help but do the right thing, even when she knows it’s dangerous. In order to make use of her personality, her jobs and abilities contribute to the concept of “supporting the party.”

There was a need to introduce a homeless person for plot purposes, so he was originally created purely for the sake of the story, but it resulted in a character who becomes the second person to save Ichiban Kasuga’s life.

In reality, the number of homeless people like the ones in the story are decreasing, and more and more people are living in public support facilities or in internet/manga cafes as their permanent home.

However, in the story, I needed to depict the process of Ichiban Kasuga, who was on the verge of death, rising up by meeting people who were strong and resilient that lived in an environment even harsher than the one he was in in the past, so that’s how I created Nanba.

It was important to me to set the age of the characters in this game realistically. Despite their age, the characters in Japanese entertainment works always have mature personalities, and when those works are made into films, for example, most of the actors who get cast are 10 years older than the characters. So there’s a gap between the image and the setting.

That’s what I wanted to cut into for this game, and I thought about how actual 42-year-olds would act, and that’s exactly how I came up with the character Adachi, who is pushing 60.

In Japan, many companies and civil services set the age of retirement at 60. But in reality, there are very few people who retire at that age, and compared to 20 years ago, the elderly are much healthier. There are many people closing in on 60 who are walking around having fun, and these types of people don’t care about the “retirement age” someone else set, and have a mindset of doing whatever they want to. Adachi is a character who represents the current “elderly” and I thought he would be the best choice for Ichiban’s new travel companion.

In the story, his relationship with Ichiban starts out as a detective meeting a yakuza, but once they’re stripped of their respective backings, he becomes an important member of the team as a general planner and a mood-setter.

Personally, I didn’t want to portray a detective as a profession, but rather as the type of companion you want to have by your side the most. And I think Adachi has done a great job of fulfilling that role.

From the characters to the game system, everything has been rebuilt for this game. But the game still has a very strong “Yakuza” feel to it, to the point that even we were shocked by it. This feeling is difficult to convey in words, and it’s even hard to convey via trailers, so it really vexed me as a producer. But as a creator, there is nothing that could be more exciting, and once you play the game, I think you’ll understand what that means.

RPGs don’t have to be limited to swords and sorcery, and it has served as a great storytelling tool for me to portray themes of friendship. The changes brought about by the new protagonist, Ichiban Kasuga, will become a page in the lives of those who play this game, and we believe that this will be the best game experience of all. We hope you’ll embark on an epic adventure with your unique cast of new friends! 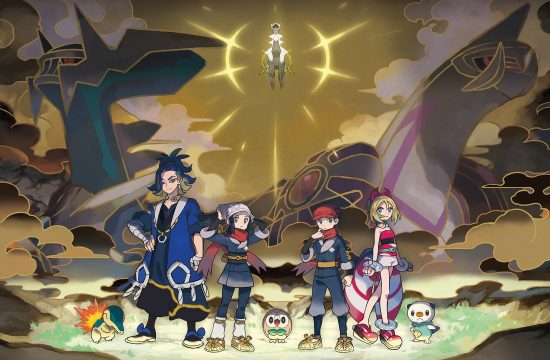 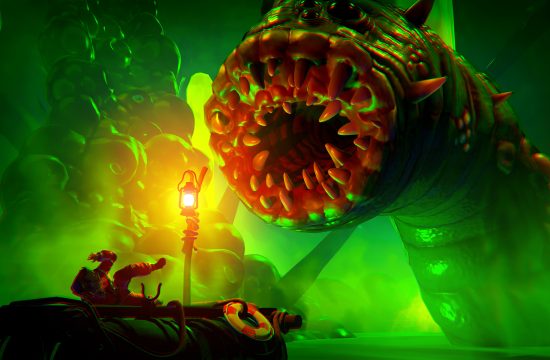