Together with the My.Games team, I’m excited to reveal Warface: Breakout for Xbox One! It’s a new online first-person shooter that brings the competitive, tactical FPS experience back to its roots, and it’s available starting today.

Inspired by the gunplay-focused, grounded gameplay of Counter-Strike, Warface: Breakout is a standalone spin-off in the Warface franchise where players are challenged to become the ultimate mercenaries in a dark, futuristic world.

From launch, Breakout’s focus will be on the classic Search and Destroy mode. In this mode, two teams compete to either plant and detonate a bomb or stop the other team in their tracks. Successful combat achievements, like killing an opponent and planting or defusing the bomb, are rewarded with credits. These can then be spent on different weapons at the beginning of every round through the arms store.

You can arm yourself with over 30 realistic weapons divided into distinct categories, including handguns, shotguns, SMGs, assault rifles, sniper rifles, and knives. Weapons have unique recoil patterns, firing modes, and damage and weight modifiers — for example, the heavier the gun, the slower you move. And if you’re handling the knife, you run faster than with any other weapon, always ready to land one-hit kills in close quarters combat. Every aspect represents and defines the gunplay-first approach to Breakout’s design: it’s only you and your gun when the action starts, so make sure it’s right for you, whether it’s a good old Desert Eagle or high-tech VHS-2! The diverse arsenal lets you work out an exciting variety of tactics to deploy across five multiplayer maps, each designed and optimized for competitive play.

Our main aspiration with Breakout was to make a first-person shooter that’s simple to pick up yet challenging to master. Communication is key, so we’ve made sure that features like the arms store and ping wheel are as intuitive and easy to access as possible, leaving you free to focus on strategizing with your teammates, shooting, and securing objectives.

Warface: Breakout is a live and evolving experience. All players will receive free seasonal content drops after launch, opening even more new ways to have fun. The post-launch development phase will be supported by a cosmetic-only monetization system, featuring character and weapon skins that will help you stand out from the crowd. With every free seasonal drop, players can jump in the game and earn that precious cosmetic loot without the need to purchase a Battle Pass.

We’re extremely excited to finally share Breakout with you, and we hope you enjoy the game we’ve created! Warface Breakout is available to buy today from the Microsoft Store. 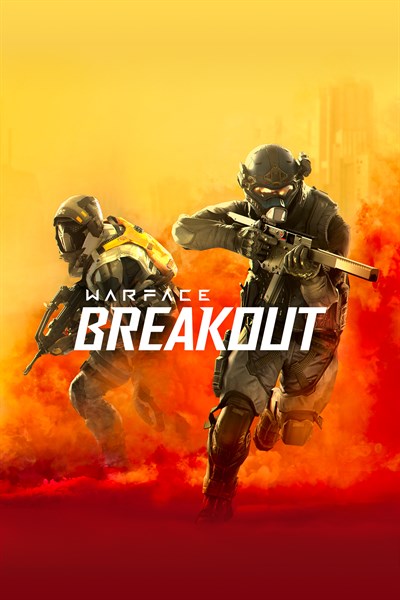