Following a problematic launch in 2018, Fallout 76 has improved over time, and its most promising expansion called Wastelanders just launched. Developer Bethesda Game Studios clearly listened to its player base for this new content, moving away from the stance of “every human in the world is another player” to littering the wasteland with NPC denizens. Players said the wasteland felt lifeless and barren, and now it has some life to it. While many of Fallout 76’s legacy issues are still front and center, having fleshed-out characters to talk to does improve the storytelling, which in turn makes the game slightly better.

Being able to stand face-to-face with the Overseer and get to know her (not to mention run and gun with her) goes a long way in breathing life into this world, and she’s just one of many new faces you’ll see as you explore and take on new quests. You’ll meet the Overseer right out of the gates (whether you are a new player or one who is returning), and are put on a mission that has you working on an inoculation for the Scorched plague, which is oddly on topic right now. 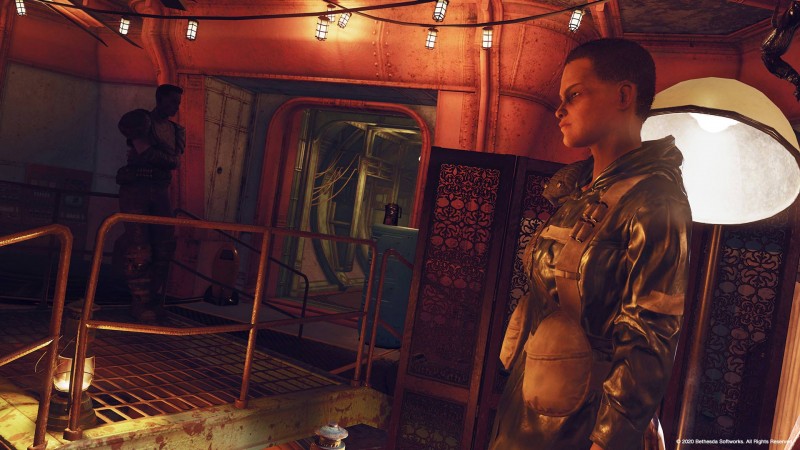 As you quickly learn, herds of people are flocking to Appalachia, and they are all at risk of contracting the virus if you don’t act quickly. It’s up to you to travel to their settlements to convince them that they need the treatment. The race is on, and it takes you all across Appalachia. This new storyline is nicely penned and backed up by some great personalities and mission objectives. I especially liked a task that had me use Nuka-Cola in an interesting way, and also enjoyed learning of a man’s fate in a mine that just happened to be infested with crickets and scorpions.

That latter mission, as fun as it is, also shows how Fallout 76’s missions have evolved from launch to Wastelanders. As you work your way through the mine, the man’s story is told mostly on notes he left behind. When Fallout 76 launched, this is how almost every mission unfolded. You’d find stories written on paper or computers that would tell of the people that once lived in Appalachia. Some of their stories were quite good, but you knew they would never lead to a living human at their conclusion. You’d likely find their corpse instead. Enter Wastelanders. Just the act of finding the man’s notes is quite different thanks to the NPCs. 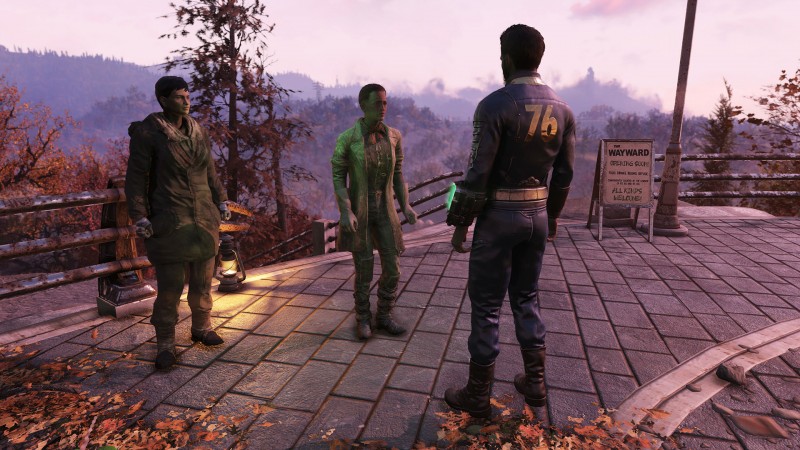 Now that there are living people in the world, you are joined by another NPC human on this mission (who is quite hilarious), and your banter-filled journey eventually leads to the man, who is alive! You can converse with him, and if your character can meet specific skill checks, even have some sway over his actions. The new missions feel like the Fallout missions of old, in that they are filled with colorful personalities and deliver satisfying RPG elements, such as how conversations unfold.

Most talks with NPCs bring choices that allow you to influence outcomes, and yes, you can do some evil things if you want to. The dialogue system is similar in design to Fallout 3 and New Vegas, and it gives plenty of excellent reasons to continue leveling up to hit those skill checks, as they can lead to riches or more satisfying results.

I had a good time manipulating the wills of Appalachia’s new citizens, and some of my decisions raised or lowered my reputation with the Raiders at Crater and the Settlers at Foundation. Aiding these factions brings the chance of earning new gear. The reputation system pushes you to see as much of the new content as you can, as you need the points to fill the meter.

A few of the NPCs you meet along the way could turn into companions (called allies in this entry), who have their own lengthy questlines, but sadly won’t run along your side and instead settle at your camp. And yes, you can tell them you love them and have them be love interests. While I haven’t taken on all of the ally quests (as I’ve only discovered two so far), I did like Sofia’s story and how it told the story of astronauts who returned to a fallen world. Having Sofia at my camp gives it a flavor of life, but she’s the only one who can be there, since you can only have one ally at a time. The allies can defend your camp and also give you daily missions. 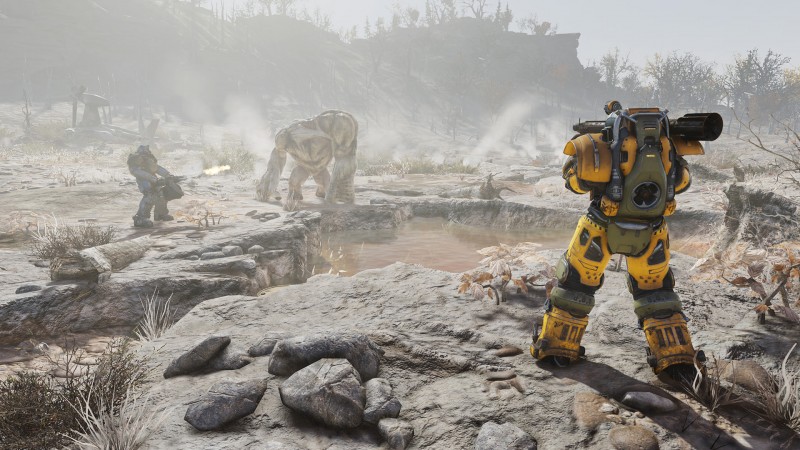 You’ll need to be roughly level 20 to embark on the Wastelanders’ core storyline, meaning, if you are a new player, you’ll need to complete some of the older content first (or run with a higher-level player). On that note, the introductory moments of the game have been reworked to give you a satisfying amount of interaction with NPCs.

The world is also bustling with new enemies (some for endgame players), locations to explore, and weapons and armors to forge, a good number of which is purchased using the new gold bar currency type, which is thankfully tied to the main story – meaning it doesn’t take away from your precious cap supply and is earned as you make progress.

There’s plenty to see and do in the Wastelanders expansion, and a lot of it is fun and clever, but the joy it brings is still tethered to a troubled game that is filled with glitches, freezes, and unforeseeable setbacks. In my sessions, I periodically saw enemies pop into existence right before my eyes, I had an NPC I needed at my side get stuck on a wall (requiring a restart), and a boss I needed to take down fell through the ground, where I couldn’t attack him any more. 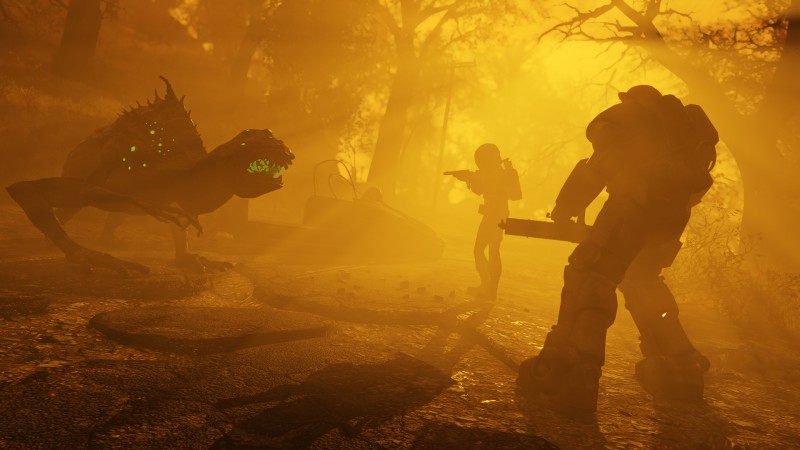 I also was quickly reminded of how much I don’t like keeping an eye on my hunger and thirst. Yes, I know it’s a survival game and managing those things is surviving, but it’s still a pain in the butt. The same goes for being over encumbered.

So that brings us to the question: Is now the time to play Fallout 76? Yes, I think the new story delivers an enjoyable journey that is worth playing through. That said, while this is the time to dive in, the game is still a mess, and isn’t nearly as good as Fallout 3, 4, or New Vegas. It continues to be the worst Fallout game Bethesda has put out, but it now hits high notes more often than it did at launch. I know this isn’t the most glowing of “yes” endorsements, but Fallout 76 is moving in the right direction. How much life it has left after this update remains to be seen, but this is the best it’s been, and perhaps the best it will ever be. I’m going to stick with it to see where it takes me.